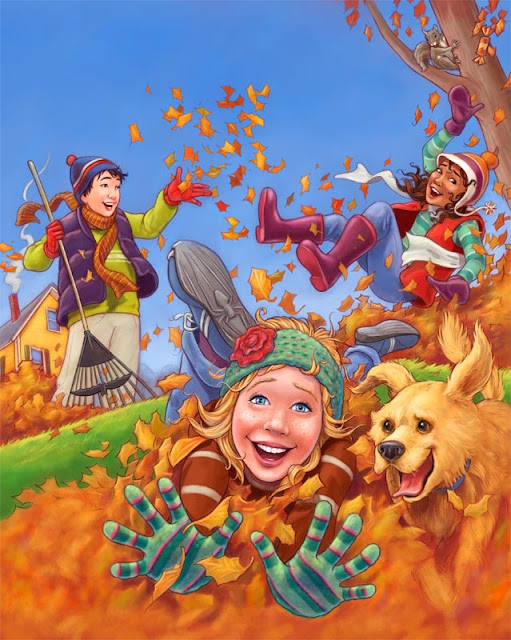 Hidden Pictures are a beloved and enduring staple of Highlights Magazine. Kids of all ages love searching for hidden objects within an illustrated scene. I say all ages, because my optometrist's staff  is addicted to Hidden Pictures;  they even compete against one another to see who can find the objects the fastest!

My friend, Chuck Dillon, is a Hidden Picture guru and has illustrated dozens of these puzzles. On several occasions he encouraged me to try one but I never got around to tackling such a challenge until I got assigned a cover for Hidden Pictures Magazine.

I was given a list of objects to hide, a rough sketch and the cover layout. Initially, I expected the challenge would be hiding the objects, but that was actually fun. The real challenge was working around the layout  (masthead, headlines and barcode). Eventually, after lots of experimentation, everything fell into place.

Seeing my art on a magazine cover, on a newsstand, right alongside Highlights, High Five and, gasp, MAD, is a real treat and honor.

An unexpected treat has been watching friends and family try to find the hidden objects. I'm always surprised and amused by the order that people find objects. The ones that I think are obvious are often the last objects found. My dad was really stumped looking for the "bat." He was looking for a baseball bat – not a winged bat!

The issue is on newsstand now through October 18, 2011. FYI: there are six objects hidden on the cover…

Posted by Robert Squier at 9:26 PM

You're missing the largest, most in your face object: a football! Thanks for wasting some time on my blog:-)

Nice banner at the top of your blog, too, bud.

This is really beautiful! Great getting to chat with you at the illustrator's party this past weekend and sharing that most embarrassing moment with you and your wife! ;)